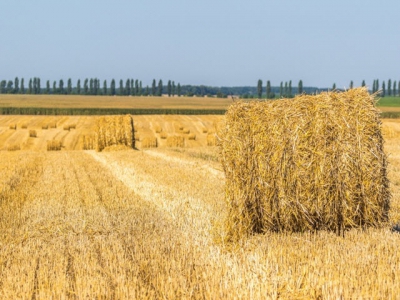 “They’re feeding [stored forage] earlier than they might be, and we’re feeding it longer than we might be, and farmers that don’t take heed could have thin animals,” ​he told FeedNavigator.

Cattle body condition is easier to maintain through the winter than to regain, he said. And the effects of cows losing body condition include weakness, poor lactation and poor conception that could linger into 2021, reducing conception rates and stringing out births.

Typically, for producers in parts of the Midwest or Corn Belt region, the first cutting of forage or hay happens in mid- or late-May, he said.

“The first opportunity to take the first cutting was late-June or early-July – the soil was so saturated you’d get stuck in the fields,” ​Johnson said of the delays. “If you could get into the field, it was raining about every third day or so, so there was no time to let the crop dry to get it to a safe moisture.”​

The four- to six-week delay in cutting allowed forages to build up fiber and lignin levels and reduced protein content, which makes the forage less digestible, he said. “The quality declines and reduces the ability of the animals to consume enough of it to get the nutrients that they need,”​ he added.

The higher fiber content in the hay slows the rate of passage and sends a signal to the animal that it is full, he said. Even if animals eat as much as they can, they still would not take in enough nutrients.

“Producers need to be aware of this concern particularly in the Midwest,” ​he said. Without mitigation, the lower-quality forage brings challenges for ruminant and equine producers, especially for pregnant livestock.

The first step for producers is to test the quality of all their forages and hay – not just from the first cutting, said Johnson. Using a hay probe, rather than pulling samples, to collect the forage for analysis provides a more accurate picture of quality.

Understanding the forage quality and what nutrients may be lacking can allow producers to better allocate higher quality feeds during a time when animals have higher nutritional needs without relying on additional feed supplementation, he said. Based on quality, forages can be provided depending on the nutritional needs of the livestock.

Following the analysis of forage, it is also important for producers to work with a nutritionist to balance a least-cost ration, he said.

There would be several ways to balance a ration in an inexpensive manner using feed ingredients like distillers’ grains, corn gluten feed, corn grain or soybean meal, he said. “There are a multitude of by products that work themselves well into … the balancing of energy and protein needs,” ​he added.

Initial yields of forage were strong, said Johnson. However, dry weather in August and September along with early cold weather and snowfall reduced production of forage in later cuttings and pasture growth.

“We had a fairly high yielding first crop, but it was low in quality, and we followed that with a low-yielding second or third crop,”​ he said. However, the quality of the later cuttings increased.

Another challenge producers face is that wet soils and winter weather killed a portion of the alfalfa crop, he said.

The limited growth of pasture and cold weather has prompted producers to start feeding hay and forage earlier than usual, Johnson said. “If we’d had pasture there would still be grazing going on,”​ he added.

“The other thing that happened is ergot​​ was showing up in the late-harvested, cool season grass hay as well,”​ he said. If producers are feeding late-harvested hay and animals start to display signs of lameness feed should be checked for ergot, he added.

Research shows degree of inbreeding depression higher for dairy cattle with more recent ancestors versus multiple generations in the past.