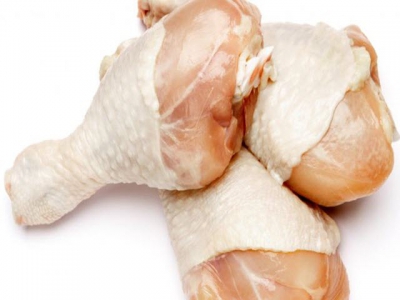 The prevalence of salmonella in poultry and poultry products is a source of concern for the poultry industry, consumers and regulatory agencies.

The U.S. Poultry & Egg Assn. (USPOULTRY) and the USPOULTRY Foundation funded a recent research project at Clemson University in Clemson, S.C., in which Dr. Kay Cooksey and colleagues evaluated poultry parts (cut pieces) coming out of second unit processing to see if the product had an increased salmonella prevalence compared with whole poultry carcasses processed in the same plant.

In a research summary, professor Cooksey, the Cryovac endowed chair in the Clemson food, nutrition and packaging sciences department, noted that most consumers buy their poultry in parts — legs, drumsticks, wings, etc. — instead of whole carcasses. She added that the salmonella contamination rate has been shown to be higher in parts compared to whole carcasses.

According to Cooksey, the project's intent was to see if poultry cut pieces coming out of second unit processing had an increased prevalence of salmonella than whole poultry carcasses processed in the same plant. She explained that the main goal was to evaluate potential contamination patterns and track the origin of salmonella on cut poultry parts.

The project had the three objectives: (1) identify risk factors leading to salmonella contamination in post-chilled whole poultry carcasses and poultry parts; (2) identify high-risk areas or steps during processing that promote salmonella dissemination on cut chicken pieces during second unit processing, and (3) use the findings to create a model for predicting cross-contamination during second unit processing.

Assessments of the collected strains suggested the presence of "persisters," or salmonella strains strongly associated with environmental samples that survive the sanitation process and are present on equipment for an extended time, Cooksey reported.

Poultry parts resulting from second processing had more salmonella than incoming carcasses, but the source appeared to be the processing equipment, Cooksey said, noting that the predominant salmonella patterns and isolates were significantly associated with the persistent strains on the processing line.

Cooksey suggested that the solution may reside with stringent environmental sampling plans and appropriate follow-up actions to eliminate persistent strains. When antimicrobial treatments such as chlorine are applied, chlorine concentration and contact time with the poultry carcass are important factors to eliminate salmonella on carcasses and parts, she concluded.