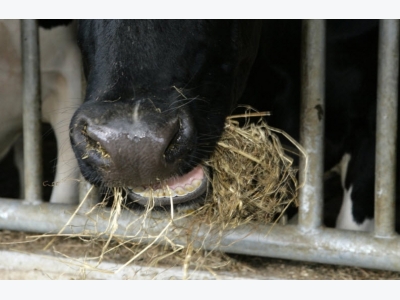 In recent decades, advances in genetic selection have increased the production of milk solids in dairy cows. But this increased production seems to have come at the expense of fertility and longevity, which have decreased during the last decade.

This genetic progress in the yield of milk solids has predisposed the modern cow to episodes of negative energy balance (NEB) during and shortly after the transition period. The occurrence of severe NEB leads to many metabolic disorders, such as ketosis and fatty liver, but it is also associated with immune suppression and increased risk of other metabolic disorders and infections. Severe NEB also leads to poor reproduction performance, as it negatively influences oocyte development and oestrus expression.

A successful nutritional strategy for the transition period begins long before the transition period; it begins during late lactation. Managing the ration during late lactation and the dry period in an optimal way to avoid over-conditioning (high BCS) at calving is of utmost importance. Many studies in the literature have confirmed that at calving BCS is one of the main factors affecting intake and milk yield, and hence the mobilisation of body reserves during the first five weeks. Cows with high BCS at calving (> 3.0) have shown depressed appetites, decreased feed intake and higher BCS loss during the first five weeks of lactation, compared with cows calving with a BCS of <= 3.0. many studies reported that both bcs at calving and the extent of bcs loss post-calving affected fertility negatively. the onset of lactation is coupled with many endocrine and hormonal changes in the cow. after calving, blood concentrations of bovine somatotropin and prolactin increase, while blood glucose and insulin decrease. these hormonal changes, coupled with the increased nutrient demands for milk production (mainly glucose for lactose synthesis), trigger body tissue mobilisation. excessive mobilisation of body reserves can have detrimental effects on a cow’s health and fertility. it has been shown recently in a few studies that the hormonal status during the transition period can be modulated by nutrition and management.

Hassan Taweel: "Managing the ration during late lactation and the dry period in an optimal way to avoid over-conditioning."

Shortening the length of the dry period in multiparous cows (30 days) can improve the metabolic adaptation and insulin status in the cow and lower body fat mobilisation in early lactation. Many researchers reported that shortening the dry period for multiparous cows to 30 days increased blood insulin and decreased levels of blood NEFA and BHBA after calving compared with longer or traditional (60 days) dry periods. Moreover, shortening the dry period led to improvements in milk protein percentage with no to minimal effect on milk fat percentage. Feeding the fresh cow (first four to five weeks of lactation) insulin-stimulating rations, the so-called glucogenic rations, (> 18% starch, and < 4% fat) coupled with liver supporting nutrients, such as rumen-protected Choline (Nutri-Chol), Niacin (Nutri-PP) and Methionine (Nutri-Meth), increases plasma insulin levels and reduces body fat mobilisation, levels of blood NEFA and BHBA, and liver tryglycerides. More importantly, it has been shown lately in a few studies that feeding insulin-stimulating rations during the transition period stimulates early return to cyclicity and the resumption of oestrous, which is considered to be an important factor for improved conception and fertility.

Supplying liver-supporting nutrients with the glucogenic ration during the transition period, such as rumen-protected choline, niacin and methionine, improves liver metabolism and function. Protected choline and methionine supply methyl donors that are essentially required for fat transport, reducing triglyceride accumulation in the liver. Protected niacin is involved in most energy-yielding pathways within the animal and its cells, therefore it may support the complete oxidation of NEFA in the liver and lower the appearance of ketones (i.e. BHBA) in the blood. A healthy liver is more efficient in converting pro-pionate and amino acids to glucose via gluconeogenesis, which provides the main source of glucose for lactose production in the mammary gland.

Supplying the fresh cow with protected linoleic acids (omega-6 fatty acid) has been found to increase PGF2α and aid in the breakdown of foetal/maternal attachment at the placentome, allowing foetal membranes to be shed and expelled. This response is necessary for the timely, complete recovery of the uterus after calving and, consequently, the early resumption of the oestrous cycle. Many studies have shown that the addition of fat (and specific fatty acids) to the diet of dairy cows modulates hormonal secretion by the uterus, affects ovarian dynamics and improves follicle quality and implantation in dairy cows. So a change from a glucogenic ration in week 6 after calving to a lipogenic ration (< 14.5% starch, > 5.5% fat, with some protected omega 3 fatty acids such as Nutri-Omega3 FO) should increase the chances of a successful conception and implantation, and thus improve fertility. The increased level of fat in lipogenic rations may lower the amount of carbohydrates available for microbial protein synthesis in the rumen, reducing metabolisable protein supply, and may interfere with the absorption of Ca and Mg. So it is advisable to increase the levels of Ca, Mg and metabolisable protein and amino acids (Met and Lys) in lipogenic rations.

When implantation occurs and pregnancy is confirmed, both glucogenic and lipogenic rations could be fed, depending on the resources at the farm and the preferred milk component. For markets in which milk fat and yield is important, lipogenic rations (< 14.5% starch, > 5.5% fat, based on saturated fatty acids, mainly C16:0 and C18:0) can be fed. Whereas, in markets in which milk protein yield is important, a starch-rich glucogenic ration, coupled with good protein and amino acid supply, should be fed. Glucogenic rations should, however, be dis-continued during the late lactation stages, as they could lead to over-conditioning and severe problems in the next lactation. Late lactation ration should be formulated and managed to avoid over-conditioning the cow by the time of drying off. Accordingly, insulin-stimulating rations based on by-pass starch and propionate should be avoided in late lactation, as high insulin levels in the blood will favour energy partitioning towards tissue and increase body fat synthesis and deposition. Late lactation rations should be bulky and lipogenic in nature (based on high levels of fibre, acetate and butyrate type of fermentation) and have low levels of energy, low starch (< 11%) and low protein (< 14%).

Cell counts is an essential tool for dairy farmers. A high cell count cow is a symptom of a subclinical mastitis problem.

Finding cows in the stable made easy

A new tag can help farmers find individual cows quickly and easily. Especially on large farms, this can save dairy farmers a considerable amount of time.

Amino acid use in practice

Amino acids are important for dairy cows. Here we present some practical examples from ‘on top application’ and ‘reformulation’