Vietnam emerges as the worlds No2 rice exporter 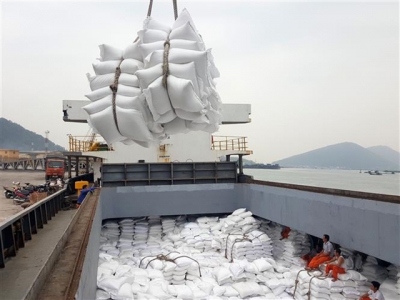 Vietnam has beaten Thailand to become the second biggest rice exporter in the world after the latter decided to slash rice exports due to prolonged drought and strong baht.

Vietnam is likely to export 6.7 billion tonnes of rice this yearStatistics show Thailand exported 2.57 million tonnes of rice for 54.2 billion baht in the first five months of the year, decreasing 31.9% in volume and 13.2% compared to the corresponding period last year.

Meanwhile, Vietnam shipped nearly 2.9 million tonnes for US$1.41 billion in the reviewed period, increasing 5.1% in volume and 18.9% in value year on year.

Vietnam has succeeded in selling rice at cheaper prices than Thailand, and it has recently won contracts to export the commodity to key important markets such as China, Hong Kong, the Philippines, and Malaysia.

In addition, Vietnam and the European Union have ratified their free trade agreement (EVFTA), opening the door for more Vietnamese rice to be shipped to the EU.

Those advantageous factors helped Vietnam surpass Thailand to secure its second place just behind India. The country is expected to sell 6.7 million tonnes of rice abroad this year,

Thailand has cut rice export volume due to prolonged drought and strong baht – its currency.

The Thai Rice Exporters Association said the country’s rice export for the whole year 2020 could reach 6.5 million tonnes, a 10-year record low and even lower than the forecast 7.5 million tonnes.

According to experts, Thailand is likely to fall from third to fifth place in the list of global rice exporters in the next decade unless it develops a long-term policy of increasing the competitiveness of its rice.

Africa, which consumes up to 55% of Thailand’s total rice export volume, is eyeing other exporters offering rice at cheaper prices.

Will technical barriers imposed by the Philippines create difficulties for Vietnam’s rice exports?