The pros and cons of crossbreeding and hybridisation in aquaculture 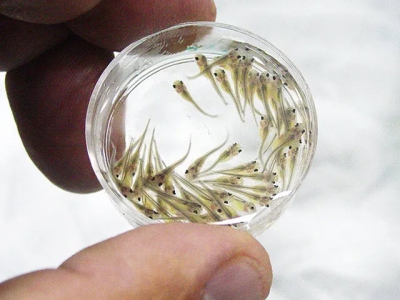 Heterosis, the well-known concept of “hybrid vigour”, has been utilised to improve fitness-related traits – like growth, fecundity and disease resistance – in a number of cultured aquatic species over the years.

During the past year or so, a number of interesting new studies focusing on hybridisation and heterosis in aquaculture have been reported.

Heterosis is based on what we call dominance genetic effects, and these effects result from interactions between the pairs of alleles at all of the genes that influence a characteristic of interest. Indeed, the utilisation of dominance genetic effects is fundamentally based on combinations at every level – of species, of lines within species, and occasionally even of individuals within a population.

While utilising heterosis can be an attractive strategy for improving traits that exhibit low heritabilities, any advantage that might be derived is only temporary. Since these interactions depend on specific combinations of alleles, they cease to exist during the formation of eggs and sperm. So heterosis is, unfortunately, not something that can be inherited or passed along from generation to generation. As explained in more detail below, sometimes the effort is more trouble than it’s worth, but at times it can result in great gains in productivity.

Hybridisation vs crossbreeding (a fuzzy distinction)

Hybridisation, in the strictest sense, involves the crossing of related species. Some examples include crossing striped bass with white bass, channel catfish with blue catfish, or Nile tilapia with blue tilapia. In contrast, when distinct stocks, lines or varieties of the same species are crossed, the most appropriate term is crossbreeding, with the resulting offspring referred to as crossbreds. Nonetheless, some researchers use the term hybrid even when both parental lines are from the same species. In fairness, the distinctions between strains, races and species are often blurred to a point where crossbreeding or hybridisation are essentially indistinguishable.

Sometimes, producing these crosses is easily accomplished, but occasionally a lot of work is involved. Often, progeny must be evaluated on a cross-by-cross basis to determine how the alleles involved will interact to impact production performance. And, while most tilapia species and synthetic strains (see below) have little or no inhibitions about mating outside of their parental lines, many hybrids can only be produced through induced spawning and/or artificial fertilisation. Depending on the cross one is pursuing, it may be necessary to capture wild broodstock or resort to hormonal injections or implants.

Whenever hybridisation or crossbreeding is to be practiced season after season, the need to maintain access to each parental line is unavoidable. With this need comes the requirement for adequate facilities to house sufficient numbers of individuals. Care must also be taken to avoid inadvertent mixing of distinct lines within species. So why bother? The resulting benefits can include not only heterotic gains but also the combination of desirable traits from parental lines. Occasionally the production of monosex offspring is also possible by crossing closely related species that exhibit distinctly different sex-determining systems.

Once they are produced, evaluating hybrids or crossbreds of aquatic species can usually be a fairly straightforward process. The best approach to these evaluations involves a design that includes both pure lines and their reciprocal crosses (line 1 females by line 2 males, and line 2 females by line 1 males). Even more complex designs, involving multiple parental lines, can be accommodated if suitable incubation and rearing facilities are available. Mating designs involving more than two lines are typically referred to as diallel crosses.

In many hybrids, significant differences are apparent between reciprocal crosses. These can involve cytoplasmic inheritance from mitochondrial DNA, or more direct influences which may have genetic bases, such as egg size or quality. Inherent skill in caring for fertilised eggs (eg catfish, tilapia, macrobrachium) or fry also comes into play when evaluating maternal effects, and maternal effects themselves can exhibit heterosis. Working with two strains of Nile tilapia some 30 years ago, Dr Doug Tave and other researchers at Auburn University demonstrated that maternal heterosis in crossbred fish made a substantial contribution to the growth of their offspring.

In a recently published study, researchers in Cameroon evaluated reciprocal hybrids between their native catfish Clarias jaensis and the non-native C. gariepinus. Crossing female C. jaensis with male C. gariepinus resulted in the highest fertilisation and hatching rates, as well as the highest larval survival rate and lowest rate of deformities, while the reciprocal cross demonstrated poor performance. Growth of the C. jaensis x C. gariepinus hybrid (the female parent should always be listed first) was comparable to that of pure C. gariepinus from day 4 through day 32 but survival was slightly lower, probably as a result of greater size variation within the offspring.

Similarly, research in China documenting heterosis in grouper hybrids from a cross between Epinephelus awoara females and E. tukula males was recently reported. At 11 days post-hatch, hybrid survival was roughly 40 percent, while that of pure E. awoara was only 5 percent (pure tukula was not available for the analysis). At 4 months of age, hybrids weighed 24.1 g on average compared to 21.3 g for E. awoara. By 13 months, however, this modest advantage had increased to 409 g vs 129 g!

At times, heterosis is expressed as simple hardiness, and tolerance of marginal conditions. My colleague Dr Amina Zuberi was part of a team of researchers that recently examined the thermal tolerance of hybrids between the major carps Labeo rohita and Catla catla in Pakistan. L. rohita exhibited the highest maximum critical temperature and highest acquired thermal tolerance, followed by hybrids, while C. catla exhibited the highest minimum critical temperature and the lowest acquired thermal tolerance. Although hybrids exhibited limited heterosis (< 11 percent), the authors recommended replacing C. catla with hybrids in culture environments with relatively high or low temperatures.

Crossing distinctly different lines does not always result in superior performance. Complex, co-adapted relationships within the genome resulting from specific local conditions can be disrupted when lines are crossed

Hybrid vigour is not just expressed in fish, it is also commonly seen in aquatic invertebrates. A group of researchers from Guangzhou examined the performance characteristics of two populations of the boring giant clam (Tridacna crocea) and their reciprocal hybrids. The two parental lines used in the study are separated by some 600 km of open sea, originating from Zhaoshu and Huangyan Islands. Results from three trials, each including both parental lines and crosses, indicated that growth heterosis was apparent in both the spat and adult phases of culture. On day 15, heterosis for metamorphosis rate was approximately +26 percent and by day 360 heterosis for survival was 6.2 percent. In terms of growth, differences between hybrids and pure strains were apparent by day 90 of the study, and heterosis for weight was over 40 percent by day 360!

Alas… crossing distinctly different lines does not always result in superior performance. Complex, co-adapted relationships within the genome resulting from specific local conditions can be disrupted when lines are crossed. This was demonstrated when researchers in Qingdao China recently reported on a diallel cross of three distinct lines of Pacific oyster. The lines had been maintained for 6-7 generations, which made them perfect for an analysis of heterosis, since this phenomenon is typically more apparent when distinct, isolated lines are crossed. While all hybrids exhibited heterosis for survival, none appeared to display significant heterosis for growth.

At times, the goal of crossing species or lines is not to capitalise on heterosis but rather to combine certain traits, such as the fast growth of pure striped bass with the hardiness of their smaller relatives, the white bass. Or, in the historic Taiwanese red tilapia, the red colouration of Mozambique tilapia with the faster growth and superior dressout of Nile tilapia. Hybrids of the carps Labeo fimbriatus and Catla catla have been produced for decades to combine the relatively small heads of the former with the deep bodies of the latter, resulting in greatly improved meat yield.

The sturgeon hybrid known as the “Bester” offers a classic textbook example of crossing two aquatic species in order to combine desirable traits. The Bester was first produced in Russia by Dr NI Nikolyukin in 1952 by crossing Beluga sturgeon (Huso huso) with sterlet (Acipenser ruthenus) in order to combine the Beluga’s fast growth with the high-yielding caviar production of the sterlet.

The Bester is not only illustrative of the productive combination of desirable characters in a first generation hybrid, but also of how to develop a synthetic strain of fish. Beginning in Japan, first generation Bester were crossed among themselves to produce second generation fish (since parental lines were not available), and this strategy was subsequently adopted in a number of locations. As a result, not all Besters are created equal. Some Bester populations are now 7 generations removed from the original hybrids, and are routinely used for backcrossing with pure species. Some Russian and Ukrainian scientists now refer to the Bester as Acipenser nikoljukini in honor of Dr Nikolyukin. Similarly, most lines of red tilapia found throughout the world are the result of crossing first generation hybrids among themselves in relatively closed populations until certain desirable characters become fixed. Accordingly, a red tilapia from Colombia may be notably different from one in Thailand.

One serious problem associated with the use of hybrids in aquaculture involves the potential for genetic impacts on wild populations. In many instances, hybrids are not only fertile, but also fully capable of interbreeding with wild populations of the parental stocks they were derived from. This inadvertent introgression can result in negligible impacts in some instances, but the possibility for pronounced harm to wild populations and their habitats cannot be dismissed and should not be underestimated. Risk analysis should be applied on a case-by-case basis.

The aquatic chicken - tilapia genetics and their parallels with poultry

A new study has revealed the scale of hybridization taking place between native and introduced tilapia in Tanzania.