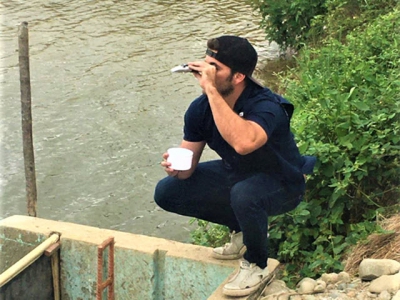 Those involved in shrimp farming and other kinds of coastal aquaculture recognize salinity as an environmental factor of importance. Most aquaculturists know that salinity represents the total concentration of dissolved salts in water expressed most commonly in parts per thousand (1 ppt = 1 gram/liter = 1,000 mg/liter = 1,000 ppm).

Recently in a manuscript on shrimp farming for a book in the Oxford University Press series on crustaceans, I was instructed to change the use of part per thousand of salinity to practical salinity units. This experience resulted in a quick study of the definition and measurement of salinity according to the oceanographic literature. It was a revelation of how scientists often concern themselves greatly about issues of little or no concern in practical use of scientific concepts.

Salinity is commonly defined as the concentration (g/L or ppt) of dissolved salts. The salinity of seawater was originally defined about 1901 by the Danish scientist Martin Knudsen. The definition was based on the average chlorinity of ocean water, and the following equation applies: Salinity = 0.030 + 1.805 Cl– with Cl– and salinity expressed in g/L. This definition was modified over the years, and in 1967 by international agreement, the Knudsen equation became: Salinity = 1.80655 Cl–.

Thus, let us look at the salinity definitions as they affect salinity measurements. Common salinity concentrations of 10, 20, 30, 40 ppt were adjusted to other methods of defining and reporting salinity based on the discussion above (Table 1). There does not appear to be appreciable differences. Common salinity and practical salinity are almost identical.

Table 1. Salinity for waters at different common salinity concentrations versus results for other salinity definitions at 28 degrees-C.

Table 2. Density of water (g/L or kg/m3) at different temperatures and salinities.

As far as aquaculture is concerned, it makes no difference which of these methods of expressing salinity is used. If you do not mind being associated with an old viewpoint on the definition of seawater, oceanographers will no doubt have no concern over you doing so. Of course, the small differences in reporting salinity are likely important to oceanographers in their many models of processes in the ocean, and no criticism of them is intended.

The upshot is that salinity can be measured very easily with a handheld salinity refractometer in the common salinity units of mg/L or ppm, and the resulting values are a close estimate of the salinity (assuming the refractometer is performing correctly). The aquatic organisms in ponds have a tolerance to a range of salinity, and differences in measured and true salinity of tenths of parts per thousand can be tolerated easily.

Solar Dryer Parabola Dome is the result of 30 years of research by Dr. Serm Janjai of Silpakorn University.