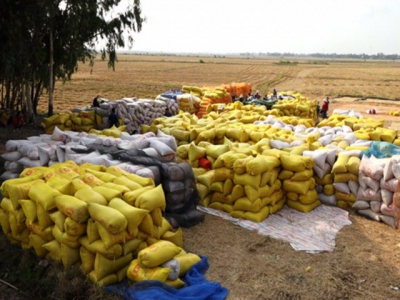 According to the Industry and Trade Information Centre (VITIC), rice exports have been on a constant rise for three consecutive months from July to September. In which, rice exports in September increased by 19% in volume and 20.5% in turnover compared to August 2021. Even when compared to September of the previous year it is also considered a sharp increase: 54.5% in volume and 50% in turnover, reaching 593,624 tons, valued at USD 293.15 million.

However, regarding the first nine months of 2021, rice exports still decreased in volume and turnover compared to the same period in 2020.

To be more specific, the whole country exported 4.57 million tons of rice, earning nearly USD 2.42 billion, down 8.3% in volume and 1.2% in turnover. The Philippines is the largest market of Vietnam's exported rice, consuming 1.83 million tons, equivalent to approximately USD 935.91 million, a slight increase of 0.9% in volume and 11% in turnover.

The Chinese market also experienced a vast increase of 46.7% in volume and 25.3% in turnover over the same period in 2020, reaching 845,571 tons, equivalent to USD 423.9 million, accounting for 18% of Vietnam's total rice export volume and turnover.