From cloth to feed, cotton may have a new role for fish and poultry 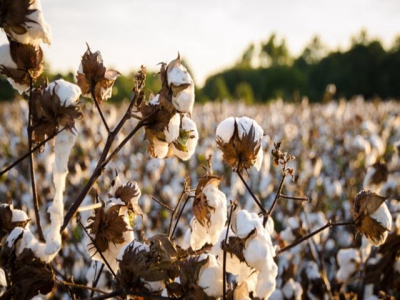 Work focused on removing a toxic element in cottonseed, coupled with US regulatory approval, may expand the use of that ingredient beyond cattle diets to feed for monogastrics and fish.

Researchers at Texas A&M​​ have been working to reduce the level of the toxic terpenoid gossypol in cottonseeds for more than 20 years, said Keerti Rathore, plant biotechnology with the Institute for Plant Genomics and Biotechnology and Department of Soil and Crop Sciences at Texas A&M University.

The new variety of cotton, ultra-low gossypol cottonseed or TAM66274, does not produce the compound in its seeds.

“As I read the literature [on cotton], one of the problems that jumped out clearly was the toxicity of the cottonseed due to the presence of a terpenoid called gossypol, and the other thing that persuaded me to go down this line was the sheer amount of cottonseed that is produced around the world and the amount of protein that cottonseed has,” ​he told FeedNavigator. ​

"As things stand, we [generate] about 46/47m tons of cottonseed in the world a year. Cottonseed has about 23% protein – about 10.8 trillion grams of protein locked up,"​ he added.

Seeds can be crushed to generate oil, which can be refined to remove gossypol and leave a protein meal for feed use.

Previously, cottonseed was included in feed for cattle or ruminants given that the rumen enables a certain amount of tolerance for the protein ingredient, he said.

However, cattle are not the most efficient livestock species in terms of transmuting feed protein into edible animal protein, he said. Poultry and several aquaculture species have improved protein conversion ratios (PCR) compared to cows.

“These non-ruminant animals are much more efficient in converting feed protein to edible animal protein,” ​Rathore said. “If you just want to produce eggs, the PCR is 2.6.”

The seeds may provide a sustainable alternative to clearing additional land for increased soybean growth, he added.

“The soybean demand is so high because there is demand for protein. Here, with cottonseed, we have a really good source of protein that is produced as the byproduct of fiber production and because of gossypol we could not use it,” ​he said. “Now we have shown we have solved the problem and that it can be used as a source of protein.”​

Work to develop a commercially-viable cotton plant that did not generate gossypol in its seeds saw some challenges, including from the initial gene-editing technology that the group used, said Rathore. However, in changing to a new technology – RNA interference or RNAi – the group found a way to make the edit stick and remain stable in the plant.

In addition to challenges working with the plant, there were some delays due to limited funding, he said. However, following the publication of early research results, the project saw support from Cotton Inc, the global cotton organization. It seeks to support the development of new technologies, research and production methods to improve the growth and manufacturing of cotton and cotton-based products. It also promotes new or alternative uses of the plant and its elements.

Work then started on the regulatory side, Rathore said. “We had to meet all the requirements of the USDA Animal and Plant Health Inspection Service (APHIS) and the Food and Drug Administration (FDA) because it is a GMO."​

“We had to produce a lot more lines; we had to test all these lines first in the lab and then in the field, which [was] a Texas A&M field,” ​he said. “We identified a couple of lines and then those lines were given out to three different farmers in three different states - one in Texas, one in Mississippi and one in North Carolina – they carried out multi-year, multi-state trials.”​

The new cotton line was assessed for weaknesses, production, the ability to resist disease and pests and the quality of both the fiber and seeds generated, he said.

The project was deregulated or approved for planting by the USDA last year while approval for use from the FDA came at the start of October, he said. The plant did not have to seek approval from the EPA because it produces nothing novel that typical cottonseed would not have – it only lacks the gossypol.

The researchers had an external lab complete a seed analysis looking at protein, fats and mineral compounds in the new cotton line compared to traditional cottonseeds, he said.

The next regulatory step is to have the plant approved for use in other countries, with Mexico and Canada at, or near, the top of the list because both countries import US cottonseed, said Rathore. Going forward, there is interest in working with researchers and scientists in other countries to help address regulations globally.

Cottonseed meal from the new plant variety could be used with most production species, said Rathore. Outside of the US, two of the fastest-growing are poultry and aquaculture, which are the focus at this point.

Countries like India and China have witnessed rapid expansion in poultry production, especially in terms of egg generation, he said.

“The demand for feed, especially from poultry and aquaculture is so large that all the cottonseed that’s being produced could be utilized just to supply those two markets,”​ he said.

Feeding trials with shrimp and southern flounder have already been completed and showed that both shrimp and some fish breeds can be raised on the seed-based protein, he said. There is interest in running a poultry trial next.

Cotton farmers in the US have already started to ask for the seed, said Rathore in relation to market interest. However, discussions are ongoing with seed production companies.

Customized probiotics for turkeys may be effective antibiotic alternative

Next steps will be to test customized probiotics on poultry farms.

β-mannanase supplementation in feed may increase the diversity of birds’ microbiota, and, following a disease challenge, support broiler’s intestinal health