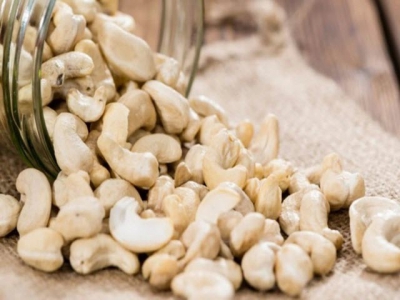 In 2021, despite great difficulties due to the Covid-19 pandemic resulting in disruption of the global supply chain and high freight rates, exports of cashew nuts still experienced good growth, achieving new records in volume and turnover.

Information from the General Department of Vietnam Customs shows that, in the past year, cashew nut export reached a record of 580 thousand tons, up to 65 thousand tons higher than the old record of 2020 (515 thousand tons).

In terms of cashew nut varieties for export, in 2021, exports of most varieties of Vietnam’s cashew nuts increased, except for the WS/WB, LP and DW cashew nuts.

In which, the good growth of W320 cashew nuts has largely contributed to the overall growth of the industry, accounting for 41% of the country’s total volume and 46.2% of the country's total cashew export turnover.

Markets for W320 cashew nuts export include up to 90 countries and regions. Of which, the traditional export markets are the US, EU, China, Canada, Australia, UK, Turkey, Russia.

Answering the question of how to enhance Vietnamese agro-products' value, we should first realize that we are lacking major strategies and policies.

Taking part in cooperative groups along with the adoption of biosecurity measures in livestock production has increased survival rate of raised animals to 95%.