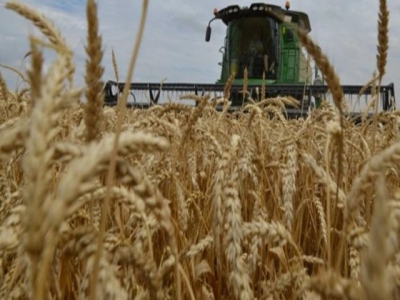 Agricultural commodities are some of the year’s biggest gainers.

Fertilizer stocks are riding the commodities boom. Prices for the three main types of nutrients have been rising for several months on the back of supply shortages and high energy prices. Russia’s invasion of Ukraine brought together a confluence of challenges in markets by limiting fertilizer exports from the region.

While the main producers are boosting output by forgoing scheduled factory maintenance, Patrick Donnelly, senior analyst at Third Bridge, says it will be several months before they can ramp up production to meaningfully alleviate a shortfall in supply. That could keep input prices — and stock values — elevated.

Investors interested in reaping the benefits of fertilizer companies should know it’s a small, opaque industry in the already niche commodity sector.

All three fertilizer components are used in concert by farmers, and home gardeners may better recognize the combination as NPK — nitrogen, phosphorous and potassium. Of the three, nitrogen has the biggest volume and nutrient value, and of the three, must be applied annually.

U.S. fertilizer prices are up almost 400% from two years ago, which was a relatively low point in the past five years, says Josh Linville, director of fertilizer at StoneX. It’s difficult for the average person to track fertilizer prices because they trade in cash markets.

The seeds for high fertilizer prices were planted about two years ago when fertilizer and crop prices first fell during the onset of Covid-19, says Richard Wolfe, an analyst at CFRA.

What it means for farmers and consumers

The fertilizer shortage comes at a time when Northern Hemisphere producers are gearing up for spring planting. Ben Maddox, director of farm operations at AcreTrader, says while some farmers locked in fertilizer prices this winter, others may be at the mercy of the spot market. He says depending on the crop planted, as corn uses more inputs than soybeans or wheat, total fertilizer costs can represent as much as 25% of a farmer’s direct operational costs per acre in a normal year.

Farmers planting grain crops this year have three choices. One is to opt for soybeans over corn to save on nitrogen costs, and early planting intention estimates suggest this is happening. They may limit phosphorous or potassium applications, relying on what’s still in the ground, or they still plant corn and reduce nitrogen applications.

“We could draw some broad conclusions that if we reduce fertilizer applications across the board, we may see slightly lower crop yields on average,” Maddox says.

Given that the Consumer Price Index shows annual food prices are already up 7.9%, and the U.N. Food Price Index is at record levels, that may not bode well for consumers.

Linville says North American farmers have enough supply for spring planting, but his biggest fear is the logistics of getting those inputs to growers. Rail service is slow in part because of the Canadian Pacific railroad strike in Canada and the lower Mississippi River water levels are high, which hampers barge traffic. There are also fewer truckers to move fertilizer.

“Logistics is the No. 1 (issue) right now because we’re on the cusp of spring planting season, and it’s getting to the point where it’s too late to get extra supplies in,” he says.

Third Bridge’s Donnelly says that, despite the sharp rise in stock prices, this industry is historically slow-moving and the companies generally try to ride out pricing cycles to control production. However, he thinks, “it’s quite likely that we’ve seen kind of a new floor within the fertilizer pricing environment.”

About two weeks ago Wolfe downgraded Mosaic, Nutrien and CF Industries to “hold” from “buy” because of the price runups, saying he expects more volatility. The firms are generating plenty of cash, Wolfe says, but the key is what will they do with that money. He says all three have announced share repurchases, and Mosaic and Nutrien have increased dividends.

From a portfolio perspective, he would tilt away from consumer-facing, packaged-food producers that will likely take the brunt of food inflation costs and see their margins shrink. Instead, he would look higher up the supply chain.

Two ideas are multinational agriculture companies such as Archer Daniels Midland ADM, +3.38%, which produces some fertilizer, and Bunge BG, +2.82% because they are the beneficiaries of processing raw materials and understand logistics.

Compared to the other fertilizer companies, Yara is up only 1.8% this year, and is in a tough spot near-term, James says, because of its exposure to European natural gas prices and distribution problems for European potash.

However, he says for a long-term environmental, social and governance play, Yara is at the forefront of building sustainably produced ammonia, often called “green” or “blue” ammonia, because it doesn’t use natural gas to create the feedstock. CF Industries is also building a green ammonia plant.

“Will this help (Yara) in 2022? Absolutely not,” he says, but he notes the company has a number of projects under way. But if the company can pull it off, it could be “a fantastic turnaround story.”

It is necessary to aim for 'green values' created from 'green transformation', 'green consumption', and 'green economy'.

Answering the question of how to enhance Vietnamese agro-products' value, we should first realize that we are lacking major strategies and policies.

Taking part in cooperative groups along with the adoption of biosecurity measures in livestock production has increased survival rate of raised animals to 95%.