Are growing pigs the missing piece in PRRS control? 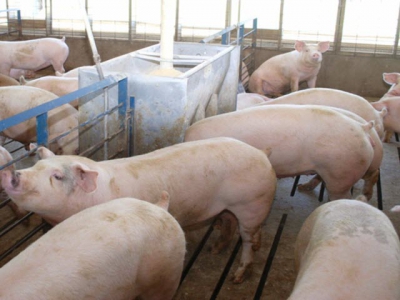 “Reducing or preventing the detection of wild type might lead to lower mortality in pigs and that’s the importance of identifying risk factors,” Angulo says.

During the North American PRRS Symposium in Chicago this weekend, Angulo, a University of Minnesota graduate student and managing veterinarian, PRRS specialist with Zoetis, shared the latest results from a field study he conducted that examined the infection dynamics of the wild type PRRS virus in growing pigs and the risk factors for infection.

Ten productions systems across the Midwest enrolled 63 wean-to-finish sites in the study. The enrollment period was September 2017 to June 2018.

To be included in the field study, pigs had to be sourced from a PRRSV-negative or stable breeding herd (based on the American Association of Swine Veterinarian’s PRRSV breeding herd classification). Pigs had to be placed in all-in/all-out sites that were located in medium- to high-density areas. Producers had to be willing to collect monthly oral fluid samples for PRRSV testing and willing to share site level information on production parameters and management practices.

The enrolled sites had a median of 14 sites within five miles in their geographical area. Some production systems participated with just one site, while others enrolled upwards of 12 to 16 sites in the study. Ninety percent of sites completed modified live virus vaccination, whether at the sow farm or at the wean-to-finish site after placement.

Pigs in the study were sampled using eight ropes per site for a total of six sampling events per site. Oral fluid collection was done every four weeks during the growing phase period and all samples were shipped to the University of Minnesota at every sampling event to test for individual polymerase chain reactions. An ORF5-sequence was also done at each positive sampling event with the sample with the lowest real time-PCR cycle threshold value. Enrollment and site information surveys were also captured by Google Doc forms, and producers were asked to share site-specific production data and closeout information.

“With that strategy we were able to obtain 150 sequences and those were aligned and classified as wild type and vaccine, based on their classification of a 2.0% nucleotide difference from vaccine virus references,” Angulo says.

The highest PRRS RT-PCR positive rate from the wean-to-finish sites was at eight weeks (88.8% positive) and 12 weeks (75% positive) and then the rates declined from there. Angulo says that correlates with the fact that 90% of the sites were on a vaccination program.

The researchers then put together an analysis on the sequences for wild type, with 45 sequences classified as wild type. The greatest rate of wild type virus detection was at 12 weeks (22.23% WT positive) and 16 weeks (33.34% WT positive) post-placement. WT-PRRSV was detected in 22 of the 63 sites (43%) and 16 different WT-PRRSV were discovered throughout the study. Only three sites had more than one WT-PRRSV detected at their site.

“When we put together the closeout data, we found that there was a higher mortality in herds with wild type detection,” Angulo says. “Reducing or preventing detection of WT-PRRSV may lead to lower mortality in pigs.”

“WT-PRRSV infections are prevalent in growing pigs originating from PRRS-stable or negative herds located in medium to high pig dense areas in the Midwest,” Angulo says. “About 50% of wean-to-finish sites tested positive with WT-PRRSV and one of the important limitations here is that these detection levels might be underestimated due to the limitations of diagnostics tools we have available and the capability to detect wild type virus over vaccine virus.”

While infections were distributed throughout the growing period, with higher detection rates at 12- and 16-weeks post placement, more than 70% of detection of WT-PRRSV happened halfway through the wean-to-finish period.

Furthermore, initial analysis on risk factors suggests that there is an association between biosecurity practices and the introduction of wild type virus. “We are working in analyzing more data to further understand what role the risk factors play,” Angulo says.

The practical implication of these initial findings is that this information is relevant when considering control, surveillance, diagnostic investigations and biosecurity practices in the field.

What do we know about PRRS in grow/finish? Not much

Another area that needs further research is how much of a risk finishing pigs are to sow farms, Torremorell says.