Soil is currently facing many risks

Global food insecurity could come sooner as a new soil report shows that 55% of countries surveyed lack the ability to analyze soil.

In respect of the annual World Soil Day (December 5th), Experts from the Food and Agriculture Organization of the United Nations (FAO) have recently warned about an alarming situation.

In the speech ahead of the World Soil Day 2021 and its campaign "Halt soil salinization, boost soil productivity", Mr. Qu Dongyu, Director-General of FAO emphasized:

“Soil is the foundation of agriculture, and farmers around the world depend on it to produce, which is estimated 95% of the food humanity consumes… However, our soil is currently facing many risks."

Accordingly, several important and urgent issues at present include:

Unsustainable agricultural practices and overexploitation of natural resources as well as a growing population are putting increasing pressure on the soil and causing soil degradation, all at an alarming rate on a global scale;

More than 833 million ha of soil worldwide has been affected by saltwater as shown on the Global Map of Salt-affected Soils released by FAO in October.

Estimates indicate that more than 10% of arable soil is affected by salt, posing a major threat to global food security.

Some of the most severely affected regions are Central Asia, the Middle East, South America, North Africa and the Pacific.

Management of areas affected by saltwater requires an integrated approach, including sustainable management of soil, irrigation and drainage as well as selection of salt-tolerant crops - plants that are able to grow well in saline soils.

Collection of soil data and capacity-development training in FAO member countries' soil laboratories are essential for managing saltwater-affected soils while laying the foundation towards digital agriculture in the future.

The FAO Director-General also outlined the importance of creating reliable soil data systems as he officially announced the launch of the Global Soil Laboratory Assessment Report.

This is a joint effort of a total of 241 laboratories in 142 countries, led by FAO Global Soil Partnership (GSP) and the Global Soil Laboratory Network (GLOSOLAN) comprising more than 760 laboratories worldwide.

The report also specifies the challenges with 55% of countries surveyed lacking adequate analytical capacity in terms of human resources, synchronous processes and equipment. Many countries are currently unable to meet the demand for soil analysis such as those in Africa, Asia and Eurasia. 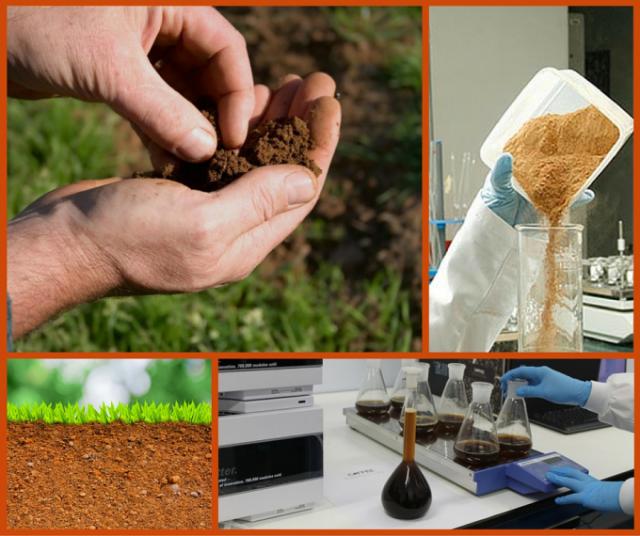 Soil analysis not only helps us make important decisions but also sound judgments in crop management.

According to the FAO leader, not doing anything to manage and restore soil health can result in serious implications considering the United Nations' Sustainable Development agenda.

Initiatives started and chaired by FAO, including the Global Soil Information System (GloSIS) and the newly launched Global Soil Biodiversity Observatory (GLoSOB), will contribute to the global soil health monitoring and forecasting network.

At the recent COP26 in Scotland, scientists also pointed out the important role soil health plays in climate change mitigation, adaptability and resilience. FAO called on all countries at the event to urgently improve their capability and information in soil by making stronger commitments to sustainable soil management.

The European Union’s recent adoption of a new Soil Strategy can serve as a positive example of setting specific and ambitious goals to improve soil health inside and outside the territory.