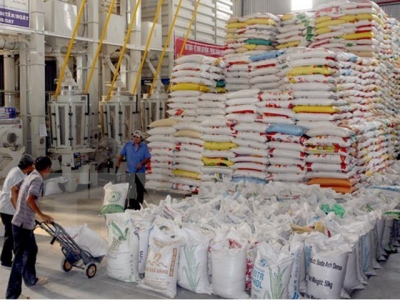 The Import-Export Department under the Ministry of Industry and Trade has recently announced the list of 207 enterprises qualified to export rice.

From the beginning of this year to March 15, the balance of trade saw a trade surplus of $1.81 billion.

The Vietnamese tea sector saw positive signs in exports in the first two months of 2021 when shipping 17,000 tonnes abroad and earning 29 million USD

Bac Giang province have tapped the advantages of land and climate to develop commodity agriculture, forming many specialized farming areas.