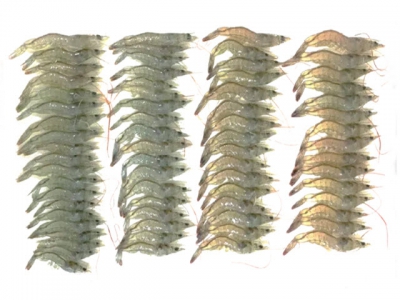 The use of growth-enhancing astaxanthin krill oil in the post-larval diet of shrimp could shorten the production cycle and reduce mortality, even under stressful conditions, according to a new study in Brazil.

While previous studies have confirmed the stimulating effects of astaxanthin krill oil on Pacific whiteleg shrimp (Litopenaeus vannamei) juveniles, little had been known about its effect on shrimp in the post-larval stage. A new study from Instituto de Ciências do Mar, Brazil (Labomar) and Aker BioMarine aimed to remedy this knowledge gap, analysing how astaxanthin krill oil impacts the shrimp during this intermediary growth stage.

Diets containing at least 10 grams of astaxanthin krill oil per kilogram of diet led to higher survival rates when the shrimp were exposed to an acute and sudden drop in water salinity (osmotic stress) and temperature (thermal stress).

Enhanced growth performance and survival under stress may be related to the increased amount of dietary EPA, DHA and astaxanthin that is supplied when krill astaxanthin oil is part of the diet.

The post-larval stage represents the time between larvae and juvenile in shrimp farming. The post-larval shrimp are subject to aggressive and nutrient-rich feeding programmes during this time, in part to combat the typically dense nursery culture conditions. The study was carried out at Labomar’s facility in Brazil using two different rearing systems, one indoor (50 tanks) and one outdoor (40 tanks), over the course of 41 and 52 days, respectively.

The scientists behind the study prepared five different diets for the indoor test group and four diets for the outdoor test group. The outdoor set received varying levels of astaxanthin krill oil (Qrill AstaOmega Oil from Aker BioMarine), along with a control diet devoid of any krill oil. The indoor set’s diet included varying levels of both astaxanthin krill oil and krill meal, to evaluate their effectiveness as substitutes for fish oil and fish meal. These diets were compared to a control diet without krill oil or meal.

“Overall, our findings reveal that dietary inclusion of 30-50 grams of astaxanthin krill oil per kilogram of diet, combined with 80 grams of krill meal, has a strong effect on the growth and survival of post-larval Pacific whiteleg shrimp raised under high density conditions,” says Nunes. “In addition, we saw that the shrimp receiving the diet of 50 grams of krill oil showed zero mortality after a 30-minute exposure to acute osmotic stress.”

The study, titled “Effect of dietary graded levels of astaxanthin krill oil and high protein krill meal on the growth performance and resistance of post-larval Litopenaeus vannamei under hyper-intensive nursery culture,” was authored by Alberto Nunes, Artur Soares, Hassan Sabry-Neto and Lena Burri. It was published in the Aquaculture Nutrition and can be accessed here.

Study backs the use of bacteriophages in shrimp aquaculture

Bacteriophages can prove an effective alternative to the use of antibiotics to tackle Vibrio infections in shrimp aquaculture, according to a new study.

As part of the on-going series on The Fish Site, the shrimp farming experts at Alune outline the current techniques for measuring shrimp biomass

When using a nursery phase pond, the transfer to grow-out is an opportunity to accurately estimate biomass in a way unachievable in grow-out ponds