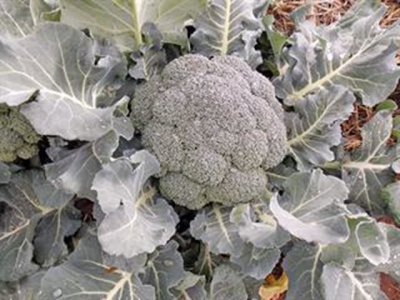 This article deals with interpreting a soil analysis.

I, as do many other farmers, grow vegetables as healthy as this even when my Ca/:Mg ratio is out of kilter. While it is better to get the ratio right, a less-than-ideal ratio need not be an obstacle. Photo: Bill Kerr

The pH of soil is a reflection of its acidity or alkalinity. In the absence of base minerals such as calcium (Ca), magnesium (Mg), potassium (K) and sodium (Na), the negatively charged soil colloids attract positively charged hydrogen (H) ions, inducing acidity.

As these H sites are replaced with base minerals, the acid level declines until the pH reading reaches 7, which is neutral. This means there are no H+ ions left on the soil colloids. The alkalinity rises as the base minerals increase in the soil. A soil pH of 6,5 is ideal as there are still H sites to be filled with positively charged elements. At this level, most minerals are available in a form that plants can take up.

This is not carved in stone. Farmers with clubroot in the soil need a pH above 7,2, while those who produce potatoes would like a pH as low as tolerable to reduce scab.

In a soil analysis, the pH is given as ‘KCl’ or ‘H20’. The H20 method measures the pH of the soil solution, while the KCl (potassium chloride) includes the reserve acidity in the colloids. Both are neutral at 7. KCl readings are lower than H20 readings by approximately 1 point. This means that a KCl pH of 5,5 would be equivalent to a H20 pH of 6,5.

As calcium (Ca++) has an atomic weight of 40 and a double charge, each Ca++ molecule would occupy two sites on the colloid, replacing two H+ ions. Theoretically, this means that if all the sites were filled with Ca++, there would be 20mg/100g soil. In the case of magnesium (Mg++), which also has a double charge, there would be 12mg as Mg++ has an atomic weight of 24.

Potassium (K+) would weigh 39mg, as that is its weight, and it has only one positive charge. The same goes for sodium (Na+) which has a weight of 23. If your soil has an exchange capacity of 10, then the weight of each element per 100g of soil would be 10 times the above. This enables you to calculate the amount of each element in the soil from the figures on the analysis.

There are plenty of exceptions, though, so don’t panic if your soil analysis shows an imbalance of these minerals. Use the results of an analysis and the Albrecht criteria as a guide and make adjustments when it’s practical to do so.

What if your soil ratios are way out?

My soil is formed from rock that is high in magnesium, therefore the ratio of Ca to Mg is way out. The Mg molecule is very small and tends to tighten the soil, making it very hard when dry. Six years ago, my soil’s Mg level was 33%, while the Ca was only 51%. Despite this, I had excellent crops.

As I am on no-till, the hard soil has not been a limitation. If I tilled it, I would have to do so when the soil moisture was just right.

An analysis four years later showed that the Mg level had dropped to 30% and the Ca had risen to 58%. The Mg remains twice as high as the ideal, yet I still get an exceptionally high yield.

The time has now arrived for another analysis. As the previous analysis showed that sulphur (S) was getting low, I might consider using gypsum. This will bring up the S to a more acceptable level and have the S- bind with Mg++, breaking the bond with the colloids and being able to leach.

In gypsum, S- binds with Ca++. Combined, these two will have no charge and will seep down into the soil in the soil solution. This will increase the S and get the Ca:Mg ratio to a more acceptable level.