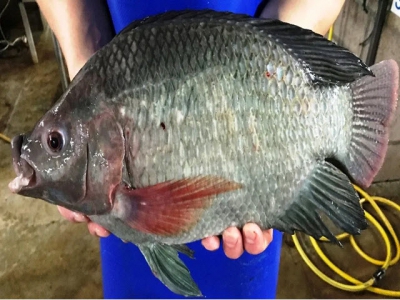 One of the world’s top tilapia hatcheries has traced a radical upturn in the proportion of female tilapia in their normally all-male stock back to changes in the antioxidants used by their feed provider.

The change in feed ingredients coincided with a degeneration of the gonads of the tilapia broodstock. Photo: Til-Aqua

While the feminisation is not necessarily undesirable in the production of many species, as females tend to grow faster, it’s a disaster for tilapia producers, who prefer all-male stock. It could also have negative consequences for broodstock producers across a wide range of species, as feminisation of male broodstock is likely to have a very negative impact on fertility levels and rates of reproduction.

Til-Aqua International, a Dutch genetics company, has developed a strain of YY males over the past 25 years, using manual genetic selection – rather than hormone treatment – to produce 99.7 percent male offspring, which are sold for ongrowing.

However, in mid-2019 the company noticed a dramatic increase in the proportion of females in its juveniles, prompting them to start an investigation.

“Our customers began to complain about the proportion of females in the fish we’d sold them. We thought that it might be something they were doing wrong with their diagnostics, but site visits showed that there really were a high proportion of females. So we started to investigate our own operations and procedures,” explains Hanneke van den Dop, the company’s experienced fish vet.

“But our internal investigation showed that nothing had changed in our own procedures, so we started to look into other variables – as external variables can have an impact on the sex ratio of tilapia. The investigation was very time-consuming and lasted from July 2019 until May 2020, as it takes time to produce a sufficient amount of test groups and repeat the tests several times,” she adds. 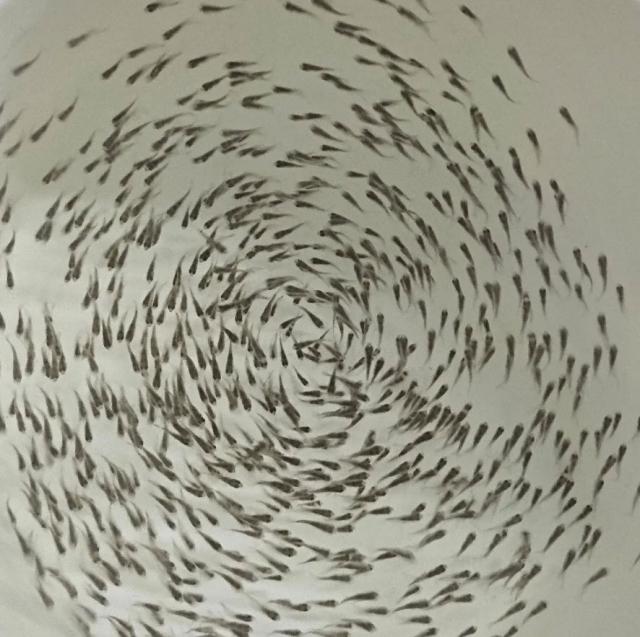 Their investigation uncovered that there had been a change in formulations of the feed – by a well-known commercial aquafeed producer – that they were using.

“We finally worked out that the change in the proportion of females coincided with a change in the antioxidants used in the feeds. And one of our customers, in Africa, who was using the same feeds had noticed the same affects, while other customers, using different feeds, did not have problems,” Dop says .

The feed manufacturer had, it transpired, replaced E321 and E324 with two other antioxidants. Van den Dop’s follow-up research showed that one of these is considered to be an endocrine disrupter, while the other is considered a weak oestrogen. As a result, Til-Aqua initiated a series of feed trails to investigate whether the change in antioxidants could have been responsible for the oestrogenic effects and changed sex ratios in their fish.

In order to achieve this, juvenile offspring of different genetic lines were tested with several feeds in the first weeks of their life – the time when tilapia gender is determined. Thousands of fingerlings were dissected, and their gonads were examined macroscopically and microscopically, and the trials found that in various cases only 8 percent of the tilapia were males – from broodstock that initially produced more than 99 percent males. They also discovered large numbers of individuals that contained gonads or gonadal tissue of both sexes. Meanwhile their trials showed deteriorated gonads in the broodstock.

Til-Aqua flagged up the results of their trials with the feed provider.

“It was a brand we had used for 30 years with great satisfaction and in excellent cooperation, but this changed dramatically when they changed their feeds and we confronted them with our findings,” says van den Dop.

“When we brought it up they said they were using the antioxidants at levels within the limits of EU legislation and were therefore not responsible for any undesirable side-effects,” she continues.

Given that the change in ingredients and its results had proved incredibly stressful to the staff at Til- Aqua, and could have dramatically undermined the trust of their customers, van den Dop was appalled.

Til-Aqua is now in the process of providing compensation to their customers. They also have to flush out each of the biofilters in their own production site.

“In our trials, using very high water refreshment rates, just like in a flow-through system, produced higher male ratios – up to the normal 99 percent we had been getting with the old feeds. It was clear that RAS led to an accumulation of the antioxidants, so we’re now having to flush each of the biofilters in our system to ensure that there’s no residual feminising effect,” van den Dop explains. 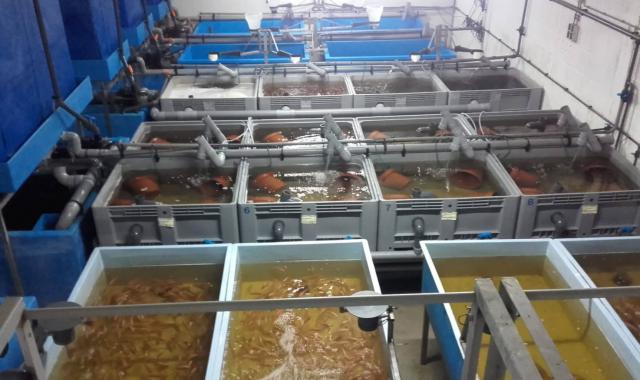 Til-Aqua's research suggests that a change in the antioxidants being used in their feeds led to a dramatic increase in the ratio of female to male tilapia. Photo: Til-Aqua

Meanwhile, according to van den Dop, the producer continues to use the antioxidants in its feeds. While this may have an upside for some farmers – in species such as trout, carp and sturgeon the females grow faster, she points out – there may also be some widespread negative trade-offs.

“Because the fish are under oestrogenic influence, they are more susceptible to parasites and disease – using the feeds that lowered the ratio of males produced fry that were weaker, which is an issue both in terms of animal welfare and sustainability,” she says.

And there could be more tangible drawbacks for broodstock producers, particularly those using RAS.

“We saw a degeneration of the gonads of our broodstock, and the use of RAS worsened these symptoms by accumulating these additives,” van den Dop reflects.

In the meantime she is hopeful that the EU will ban the use of these two antioxidants, which can potentially have such a disruptive influence on the hormones of fish.

The primary objective of this study was to develop a protective, oil-based, autogenous vaccine for the protection of tilapia on Lake Kariba

A project that uses environmental DNA (eDNA) monitoring to alert salmon farmers to the presence of the parasite Kudoa thyrsites has been awarded funding.