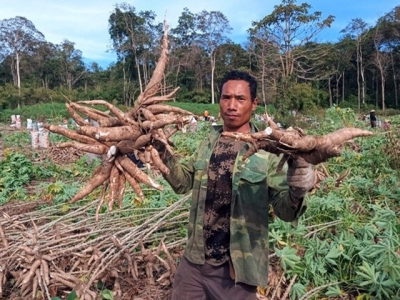 Vietnam exported $256 million worth of cassava and cassava products in the first two months of the year, a 77.9 percent year-on-year increase, with China being the biggest market.

China accounted for over 95 percent of exports in January, with prices rising by 69 percent year-on-year to $242.2 per ton.

According to the Vietnam Cassava Association, a number of local processing factories face a short supply though the harvest season has begun.

Local prices are expected to reach record levels by the end of the harvest since most of it would be exported to China at high prices, which have reached $270 FOB at Quy Nhon Port.

China has huge demand for cassava as a replacement for corn, whose global prices are surging, to feed pigs.

Luc Ngan lychee is the first product of Vietnam that has been officially granted a geographical indication (GI) certificate in Japan.

Black pepper price increases due to shortage of supply