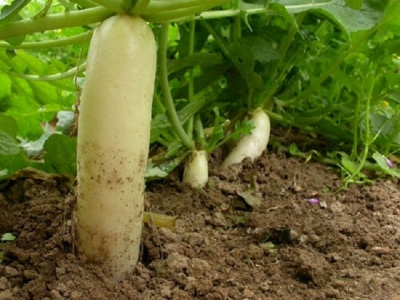 In the previous issue, we discussed the fact that beet cyst eelworm is impossible to eradicate once it is established on a land.

If this is the case on your farm, what strategy should you adopt to grow susceptible crops economically?

Eelworm numbers decline by about 50% per year. So it is obvious that if susceptible crops are rotated less frequently, the population will steadily drop to a point where you can grow a susceptible crop economically without further control measures. This point will be reached within four to six years, depending on the initial eelworm population. But few farmers can wait this long.

Crop rotation can also be used with the knowledge that only a small number of eelworm will hatch from cysts when the soil temperature is below 10°C. At the same time, Stage 2 larvae that hatched two months earlier will still be in the soil. This allows you to use one systemic nematacide spray to kill these and still grow a susceptible crop through winter until the soil temperature rises again.

The larvae that hatch within the eggs in a cyst are called J2 larvae. These may remain in this state for years. Most eggs hatch at between 15°C and 27°C, peaking at 27°C; take note of this when devising a strategy to reduce the population. A pre-plant fumigant such as Telone will be more beneficial in warmer weather. This product cannot penetrate the cysts, but will kill any larvae that have already emerged.

Few J2 larvae will emerge from the cysts just after winter when the soil temperature is low, so wait until the temperature rises and larvae emerge in numbers before fumigating. Methyl bromide, although extremely expensive, was once used by farmers, but it has been withdrawn as it is regarded as damaging to the ozone layer.

In sugar beet cultivation overseas, granular oxamyl is used to clear the soil of nematodes prior to planting. Metam sodium is available in South Africa, but has also become very expensive. Telone is today the only viable option to pre-plant fumigation in this country.

How to apply telone

Till the soil thoroughly to break down clods and inject Telone into the soil with a tined implement and sealed with a roller or light irrigation. Plant after two weeks. Telone can be used at a soil temperature between 6°C and 27°C. Some farmers fumigate as soon as the temperature reaches 6°C in spring, but this is not economical.

The J2 emerged larvae would not have survived through winter and the soil temperature is not high enough for a new hatching, so this early fumigation is a waste of time. Rather delay such fumigation until you are sure there are sufficient free-living larvae to justify the exercise.

A plant with 100 cysts on its roots (a number I often see) and 200 eggs per cyst will be host to 20 000 eggs. If only 50% hatch the following summer, without even the exudates from a host crop, no fewer than 10 000 larvae per beetroot plant will be ready to attack the next crop. The damage can be imagined.

Even before the females are seen protruding from the roots, the larvae within the roots will cause them to become darkened and sparse. Train yourself to recognise this by comparing healthy and infested sections. Healthy roots will have a brighter appearance and fresh new white roots.

A new tomato ideal for urban gardens and even outer space

Farmers could soon be growing tomatoes bunched like grapes in a storage unit, on the roof of a skyscraper, or even in space. That's if a clutch of new gene-edit

This wild plant could be the next strawberry

Strawberries, blueberries, blackberries, raspberries, and... groundcherries? A little-known fruit about the size of a marble could become agriculture's next big

How to save olives from destructive diseases

Plant pathogens, or disease-causing viruses, bacteria and fungi could lead to significant losses in agricultural yields, and threaten food security